Are the ordinates of the non-trivial zeros of $zeta(s)$ uniformly distributed around the mid points of Gram point intervals they can be mapped to?

A well known method to establish that all $rho$s reside on the critical line ($Re(rho)=frac12)$ up to a certain height $T$, is to make use of the regularly distributed and easy to compute Gram points ($g_n$).

The process boils down to assuring that each Gram point interval $[g_n,g_{n+1})$ contains only a single $z$. Heuristics show this is already the case for most intervals, however it is also known to fail infinitely often resulting in empty intervals or intervals containing multiple $z$ (i.e. violations of Gram’s law and Rosser’s rule).

Failures will typically be induced when larger swings in the $Z(t)$-function occur, where $Z(t) = e^{iTheta(t)} zetaleft(frac12 + itright)$ and $Theta(t)$ is the Riemann-Siegel Theta function. Some accounting is then required to ensure there are as many $z$ as intervals in a Gram block with ‘bad’ Gram points. Morally this process is equivalent to mapping each ‘wrongly’ located $z$ to its unique interval.

So, when $Z(t)$ oscillates rather ‘calmly’, a $z$ will typically reside not too far from the middle of its Gram point interval. However, when oscillations of $Z(t)$ become more ‘fierce’ in amplitude, the $z$ will be pushed more towards the edges of their intervals or even hop into the neighbouring intervals.

The picture below aims to visualise the process and how $d_n$ is computed for real data around the first Lehmer pair. (note: the legend of the red line should be: $Imleft( e^{(isin(Theta(t))}right)$) 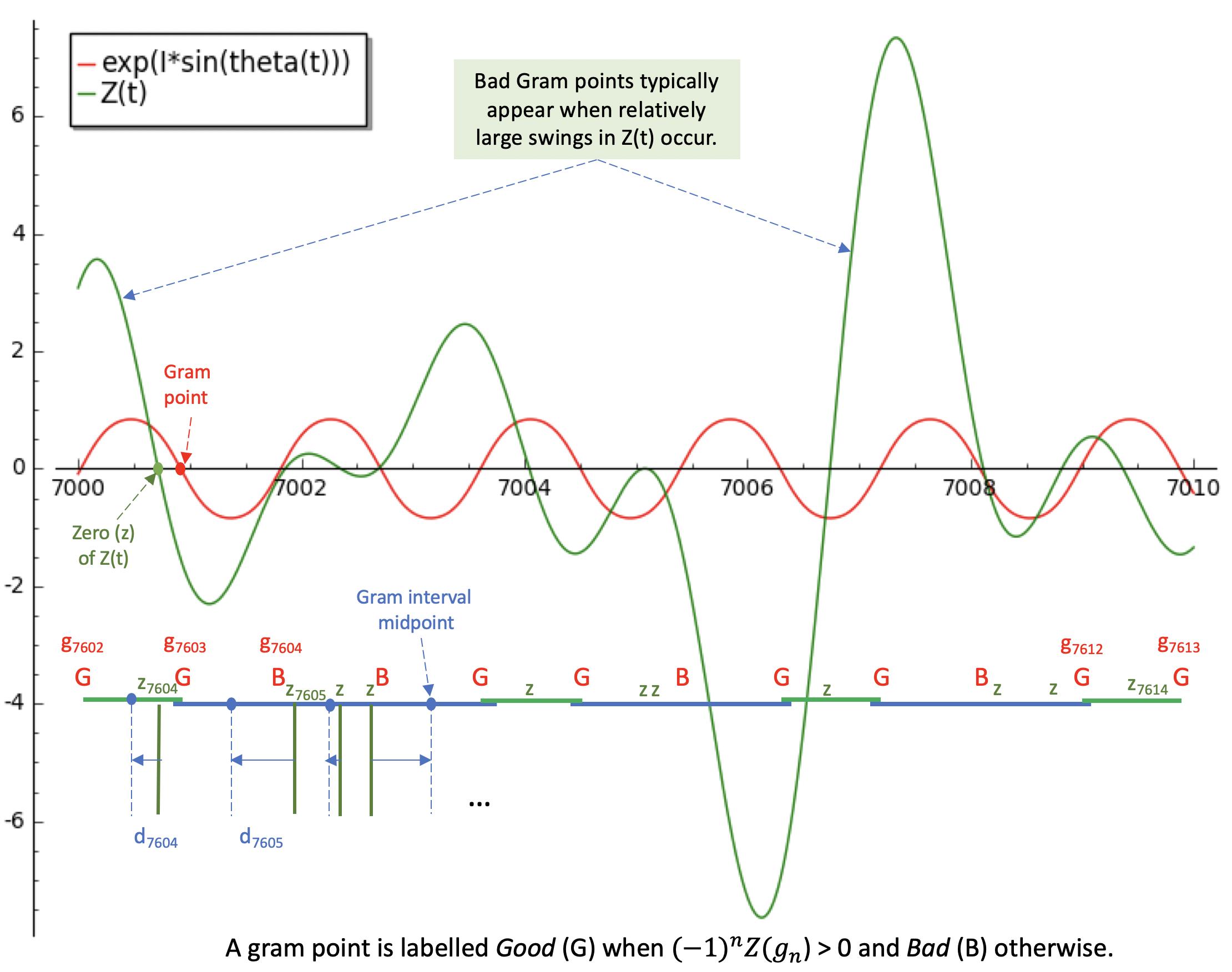 The next graphs show the normalised histograms of the differences $d_n$ for increasing ranges of $n$. 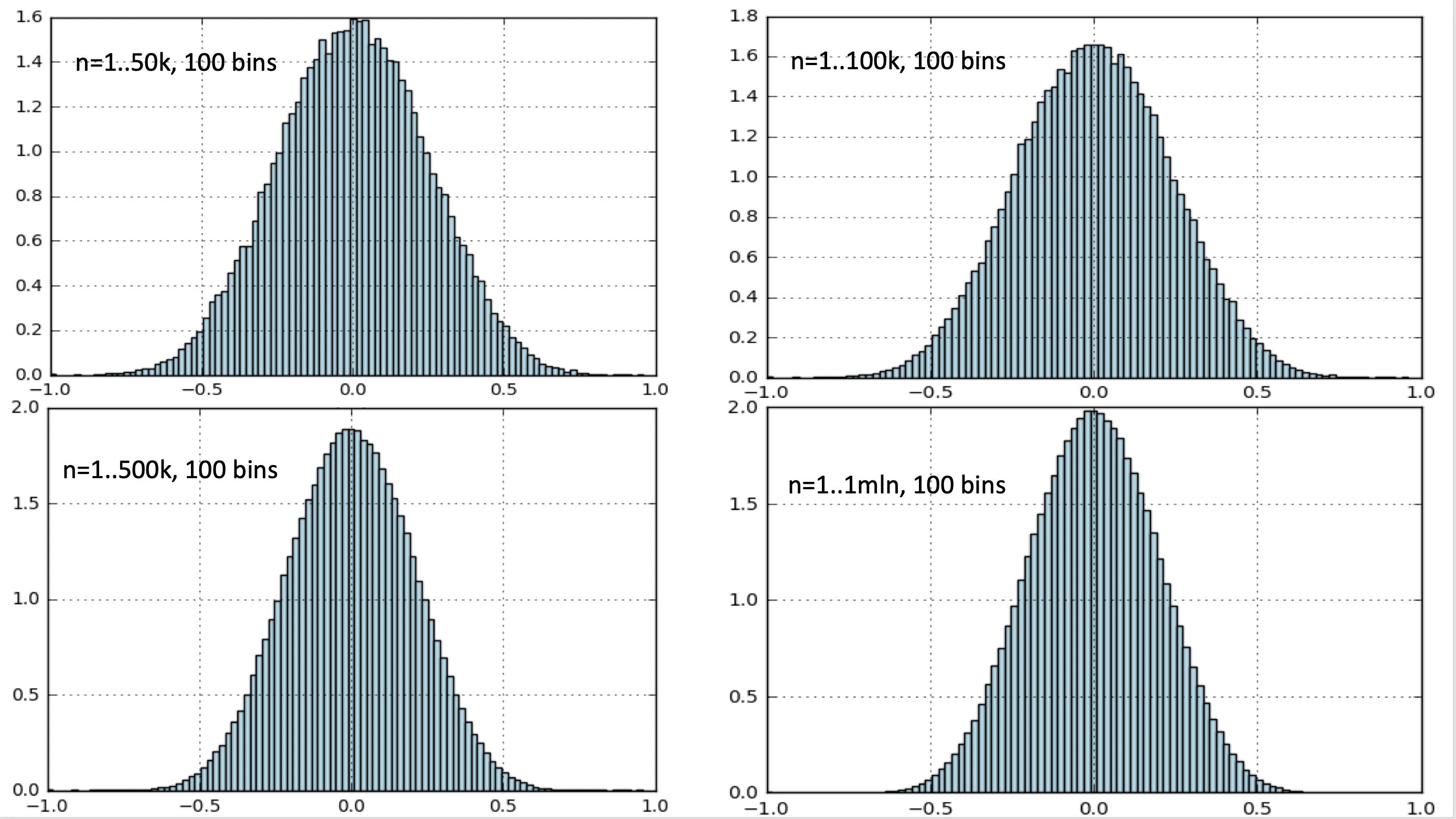 The shape of the distribution seems to become increasingly ‘normal’ for higher $n$. Could this indeed be the case and if so, is there a logical explanation for this phenomenon?

Since, on average, the densities of $z_n$ and $g_n$ increase when we go up the critical line, the variances of the distributions shown above will become smaller and their peaks higher. This can be normalised as follows: 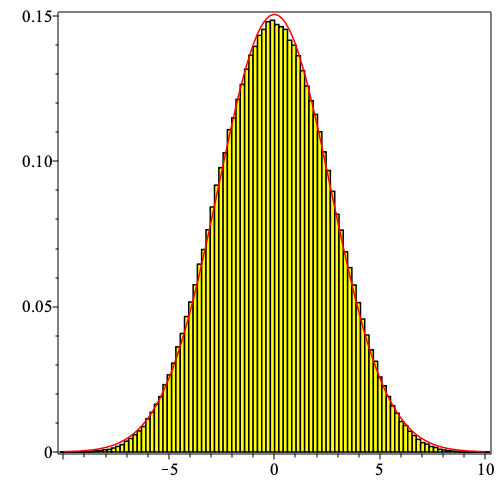 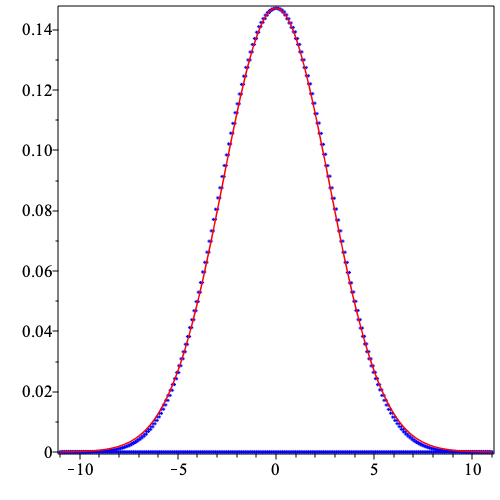 The real data have a $mu=-5.301cdot 10^{-8}$ and $sigma=2.642$. The fit with the Normal distribution clearly gets weaker in the tails. I do expect this to improve for larger $n$, since the "turmoil" in $Z(t)$ is expected to increase thereby inducing a relatively higher proportion of larger deviations $d_n^*$.

MathOverflow Asked by Agno on November 14, 2021

What does go wrong in Cellular homology if one considers projective limits of celullar complexes instead of CW-complexes?

Is a set over which dynamics are topologically conjugate to a shift map on two symbols always repelling?

How to turn a shuffled deck of card into bits

How badly can the GCH fail globally?

Is there a notion of Čech groupoid of a cover of an object in a Grothendieck site?

Question on limit in probability of the ratio of max to min of 2 sequences of non-ive, continuous iid random variables with support $[0, infty).$

Commutant of the conjugations by unitary matrices