Are these images of identifiable pre-Columbian mythic entities?

This is the front and back of a t-shirt that was bought in Colombia. Stylistically to my naive layman eyes, they both look consistent with a modern riff on Muisca or Tairona art. Are they identifiable entities in known pre-Columbian mythology? Or are they tourist trap nonsense? (even so, one would think it might have been easier to copy a pre-existing image): 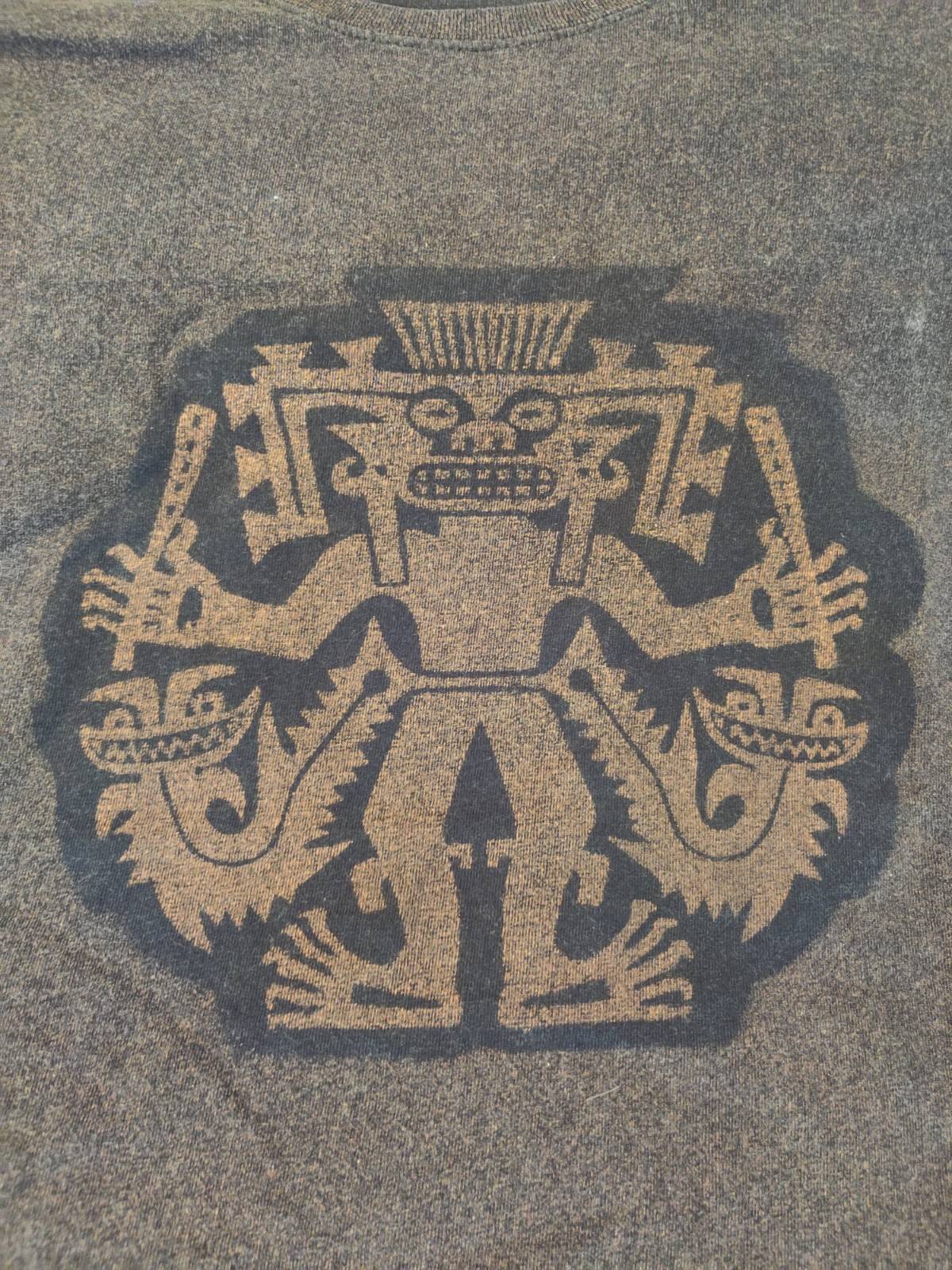 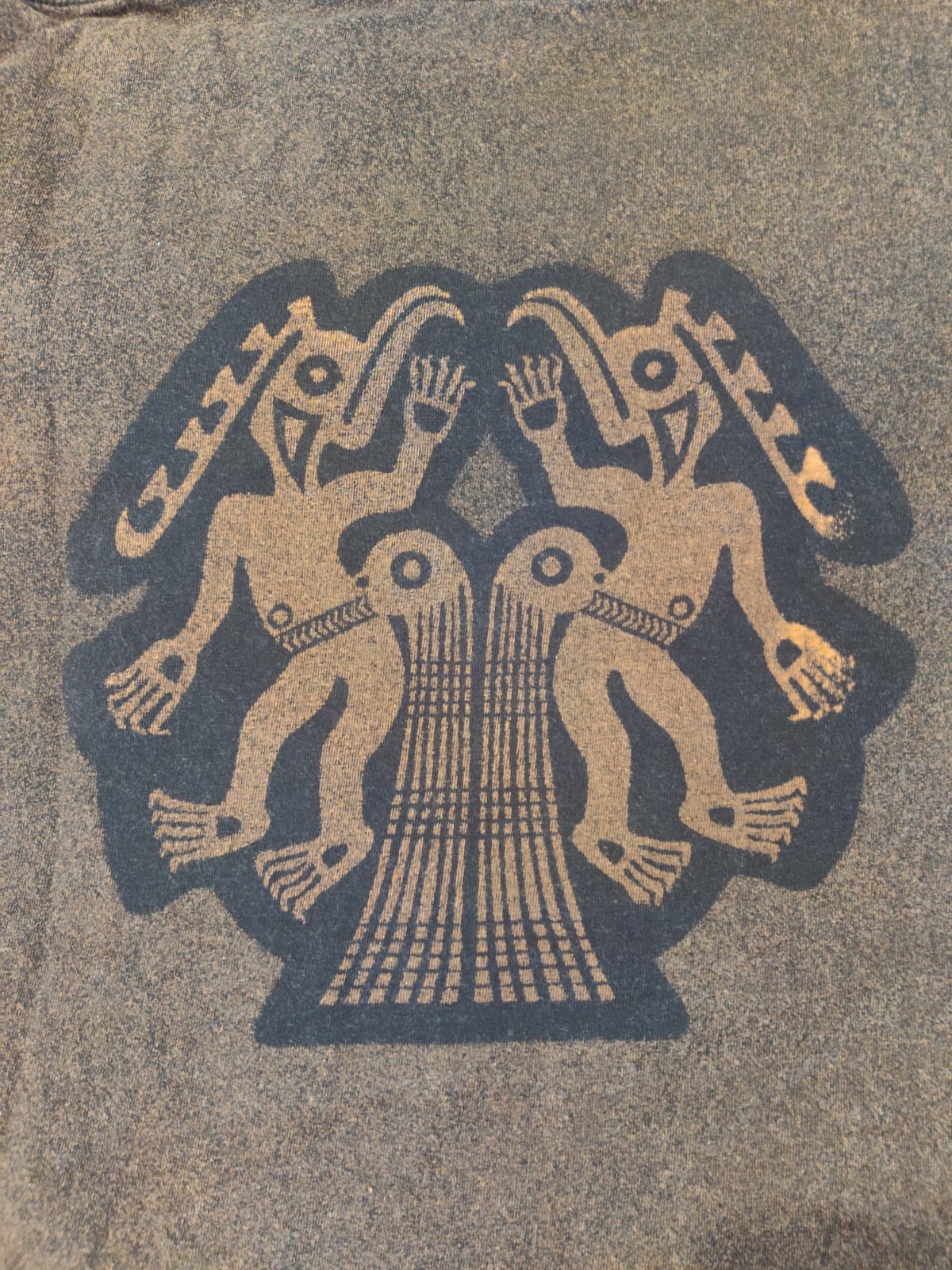 These are, conclusively, Coclé, but the culture appears to be very similar to Tairona.

It appears that these images are near-perfect replicas of the imagery on two Gran Coclé plaques. What appears to be the same entity as the first image is identified here as a "sun deity" and here as a "crocodile god". Cooke and Bray (ref 1) identify this as a "saurian-human figure", and note that Helms (ref 2) makes a strong case that the animals are iguanas. I have unfortunately not been able to find a copy of that paper.

In any case, the two specific images are conclusively from artifacts found at sitio Conte, which are currently at Penn Museum: the saurian-human plaque and the bird figures plaque.

In researching this, I was surprised how similar Tairona art was to precolumbian Panamanian artefacts. Compare, for example these Tairona "twins" (photo: WERNER FORMAN/GTRES, from this National Geographic article): 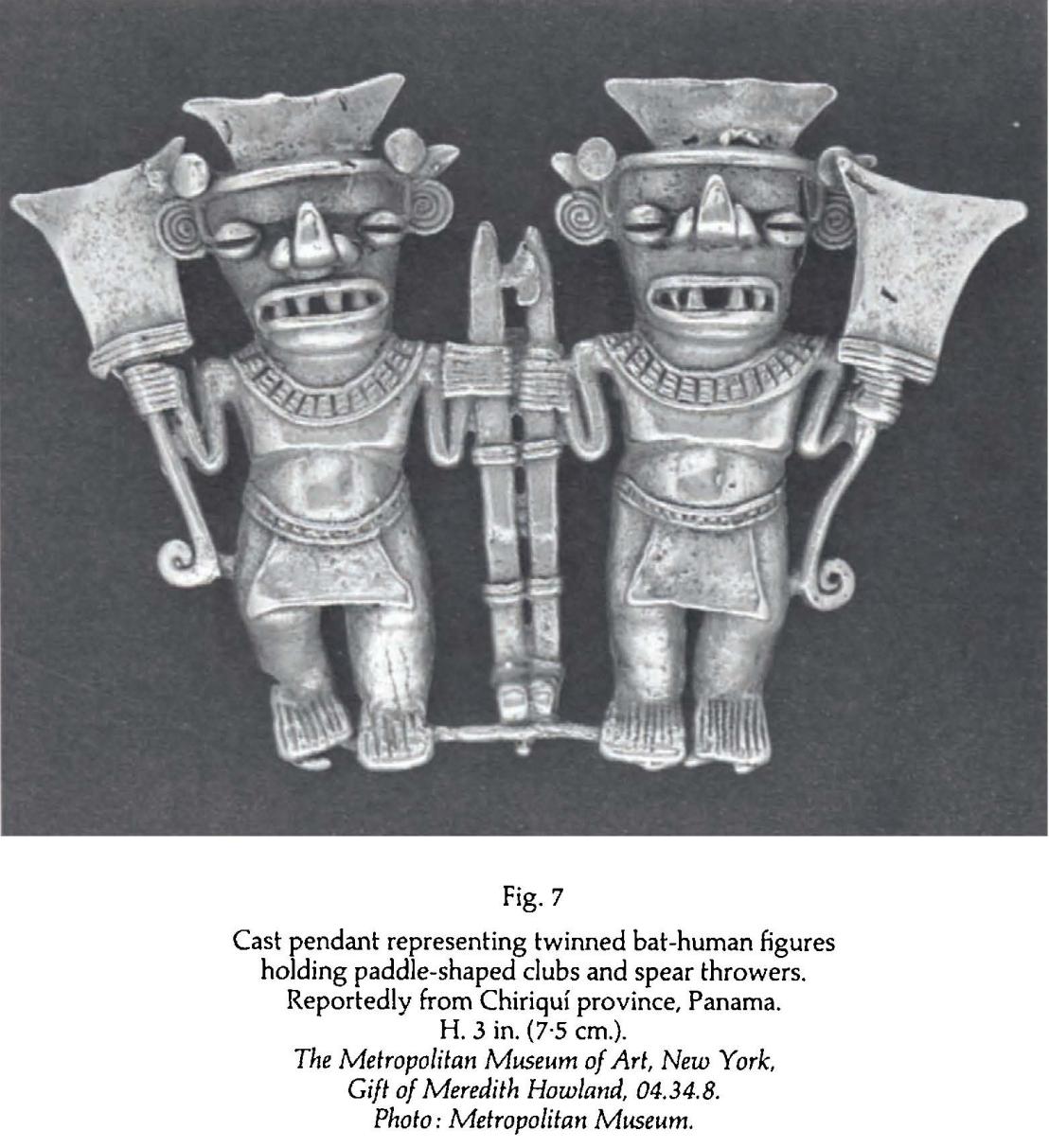 What is the meaning of the star symbols appearing on seal VA 243?

Does Hel have a role in Ragnarok?

Why did Pittheus trick Aegeus?

Are there any mythological cures for vampirism?

How were Nymphs born in Roman Mythology?

Who did Adam and Eve’s son Cain marry?

What happens after Ragnarök?

Was Artemis a lesbian?

Are the Anunnaki mentioned in the Bible?

Who is the father of the Tuatha Dé Danann?

Is there a god called Iob/Job/Yov?

Is there a relationship between the Dreamtime and dreaming?

Stories of living people that journeyed into the underworld and back?

What are the “beasts of the earth” in the fourth seal of Revelation?

What animals were represented in gods in ancient Egypt?

If the ox tiger is an unlucky direction, why build an entrance to it?

Was there a hell or place of suffering after death in Norse mythology?

Why did druidesses vow perpetual virginity?