I know the OP says that it's definitely not Asimov, but Isaac Asimov wrote "The Martian Way" in 1952 about how a colony on Mars (and the moon) was being pestered by politicians about how many resources they were taking away from Earth, specifically water. (Also, the OP hasn't said whether the other answers seem familiar or are otherwise possibly correct.)

The Mars colony decides to scavenge ice from space to placate Earth. During the trip with a fleet of ships, Asimov correctly describes the first detailed EVA as a free floating experience of extreme beauty and serenity, or something similar.

It's been many years since I've read this book, but I seem to remember something about the politicians wanting to pull scarce resources from the colony in compensation for the resources Earth is sending them. There are such short supplies that those who actually know what's going on realize this will starve the current population and shut down the colony, which appears to be the whole intent of the politician.

Protagonists Mario Esteban Rioz and Ted Long are Scavengers: Mars-born humans who scour space for the spent lower stages of spacecraft, which are then recycled on the Martian moon Phobos. At the beginning of the story, Rioz scolds Long for wasting power listening to Grounder (Earth-born) politician John Hilder's argument that Earth's settlements on Mars, Venus, and the Moon are useless drains on Earth's economy, and that spaceships are wasting irreplaceable water by using it as reaction mass.

A year later, Hilder has used his campaign against "Wasters" to gain power in Earth's Assembly, and has just reduced shipments of water to Mars, putting the Scavengers out of work. When Hamish Sankov, the head of the Martian colony, learns of Hilder's plan to desist all water shipments to Mars, he authorizes Long's plan to travel to Saturn and tow a fragment of ice from the rings to Mars.

A fleet of 25 Scavenger ships makes the trip. Reaching the rings, the Scavengers choose a fragment approximately one cubic mile in volume, carve it into a rough cylinder, embed their spaceships in it, and fly it back to Mars, using the fragment's ice as reaction mass, in five weeks.

On Mars, Hilder's allies are pressing Sankov to terminate all water exports to the Martian colony. When he hears from the returning Scavengers, Sankov signs. Two days later, the Scavengers land their ice-spacecraft in full view of the press, and Sankov announces that the fragment they brought holds 200 times the amount of water that Earth had been sending to Mars annually, and that if Earth cannot afford to lose any more water, the Martians will sell some of theirs. Long takes this situation as confirmation that Martians, instead of Terrestrials, shall colonize the remaining Solar System.

Answered by computercarguy on November 11, 2021

It is from the 1990s, which is a decade off your estimate, but as you write that you could be "up to a couple decades off", it fits the timeframe.

Some of the colonists in this trilogy want to establish a new and better society on Mars, doing away with old legacy political baggage, while transnational companies on Earth ("transnats") want to exploit Mars' natural resources. At one point, a rebel colony is established beneath the south polar ice cap, using resources there.

The books in the trilogy won a bunch of Awards: Red Mars won the BSFA and Nebula awards, while Green Mars and Blue Mars both won the Hugo and Locus awards. 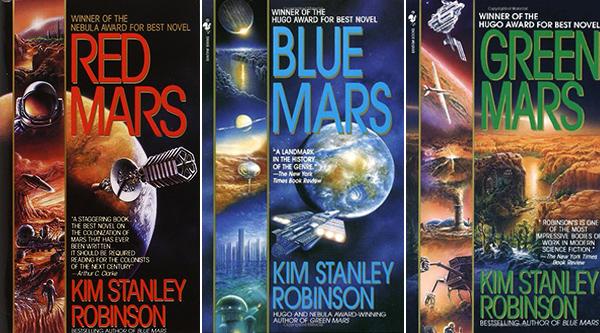 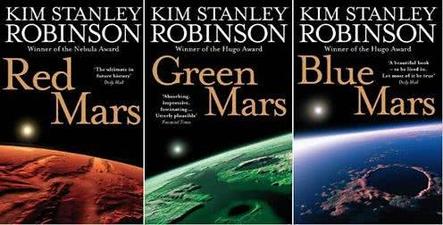 A ship is sent to Mars, to colonise. Two different factions emerge, one wanting to preserve Mars and not disturb it, in order to do research, the other wanting to use new technologies to terraform.

The different books in the trilogy won BSFA, Hugo, Nebula, and Locus awards among them.

In Star Trek why is warp speed the ultimate litmus test on “galactic acceptance” of a civilisation?

What are the rules of sea-monster transformation in Luca?

Are wizards allowed to inflict body horror upon Muggles at their own discretion?

Novel from 70’s/80’s. Nuclear Sub has accident. Damage places crew in suspended animation. Resurrected to fight aliens as man can no longer fight

Who are the parents of Wonder Woman in Justice League : Gods and Monsters?

In “Phage”, why not just take a lung from the alien who took them?

Fiction Romance. Heroine uses her psychic ability such as telepathy and psychometry to help find a man who’s been kidnapped

What 50 rules did they break by making the polyjuice potion?

Why did Rex want to kill Ahsoka after receiving Order 66?

How did Oliver Wood wake the girls on his Quidditch team?

What 80s alien movie has a man possessed by a creature via the back of his neck?

Is there a correct way to set up a Stargate?

Science fiction novel where children grow up on a spaceship

Sliders episode that makes fun of the Lewinsky Controversy

Why didn’t Quinn send Rembrant and Wade to their version of Earth in Exodus?